The Tour departs from Adelaide at Approximately 8:00 am, picking you up from the comfort of an Adelaide CBD hotel.  The bus meanders down through the Adelaide Hills to the Fleurieu Peninsula, eventually to Victor Harbor.  We recommend a quick coffee, a bite to eat or even a Horse Drawn Tram Ride before the tour starts off at 2pm.

This breathtaking 90 minute tour departs from the Granite Island Causeway and cruises between the mainland and the northern side of Granite Island, affording spectacular views of both the Victor Harbor shoreline and the island. Once past the breakwater The Big Duck picks up its pace. Seal Rock is the first stop, where New Zealand Fur Seals and Australian Sea Lions bask in the sun between fishing forays and swimming out to the boat for a sticky-beak! Then on past the huge granite boulders of Wright Island and the Bluff, with Shark Alley in between where your guide talks about the whaling history of the area.

Many visitors to Victor Harbor never venture past Petrel Cove on the western side of The Bluff, but this is where passengers on The Big Duck are in for a real treat! West Island is a Conservation Park, complete with a research hut used by the universities and park rangers. From the back of the island another colony of seals and sea lions can be found basking on the rocks and swimming in the shallows. Seabirds abound in this remote area and often pods of Common and Bottlenose Dolphins can be spotted playing or feeding. The Big Duck heads further west past the darkly spectacular cliffs of Kings Beach and Waitpinga before turning around and heading back to Granite Island Causeway

Cruising through the Encounter Marine Park where we also view whales during the winter months when they migrate from Antarctica to the warm waters of Encounter Bay. Whale Season June-September, max approach distance for whales is 300 metres.

After the tour has finished, the bus will be waiting to take you back to your hotel after a day well spent in the township of Victor Harbor. 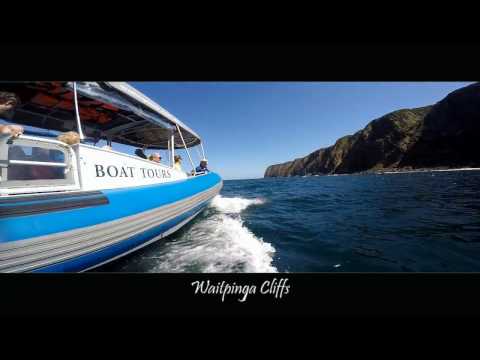 There are no reviews yet.

Be the first to review “Southern Ocean Adventure” Cancel reply

Added to wishlistRemoved from wishlist 0
Perth

From: AU$150.00
Read more
Added to wishlistRemoved from wishlist 0
Melbourne